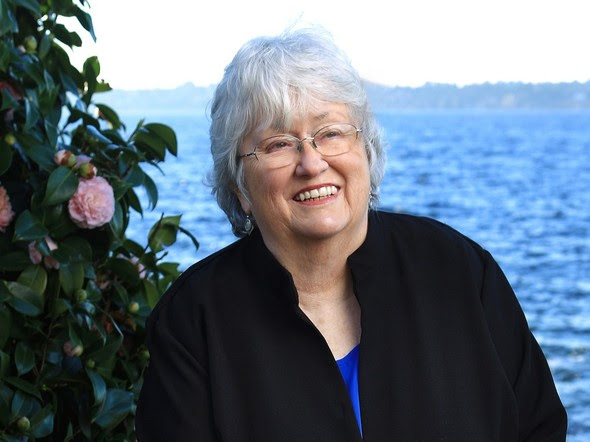 Redmond, WA – The City of Redmond is saddened to report the passing of former Redmond Mayor Doreen Marchione. She passed away peacefully on Saturday, July 27, 2019, surrounded by her family. Doreen Marchione was first elected to the Redmond City Council in 1975 and then served as Mayor from 1984 – 1991.
“Doreen’s commitment to a lifetime of public service always impressed me,” said former Redmond Councilmember, Arnie Tomac, “She served on both the Redmond and Kirkland City Council and was the Mayor of Redmond. She was always striving to make Redmond and Kirkland better and a great place to call home. Her support of her family, friends and community was legendary.”
Born and raised in Seattle, Doreen Foster Marchione graduated from St. Edwards, Holy Names, and Seattle University. In her more than thirty years of public service, Marchione served eight years as a Kirkland City Councilmember including two years as Deputy Mayor. While serving for 15 years as CEO of Hopelink – the largest provider of social services in north and east King County, she oversaw a 150 percent increase in the number of residents Hopelink assisted. Her service on multiple regional boards and committees is highlighted by the 15 years she served on the Seattle University College of Arts and Sciences Leadership Council, as well as her time served on the State Transportation Improvement Board, as Commissioner of King County Housing Authority, as president of the Washington State Association of Community Action Agencies, and a Board member of the Kirkland Performance Center.

“Doreen once said it was the children who kept her at Hopelink, and she was hopeful that someday, children would come back and say their lives began to change when their parents came to Hopelink,” said Hopelink CEO, Lauren Thomas. “She was elated when that began to happen. She was instrumental in developing Hopelink’s Avondale Park housing facility, which today bears her name, leaving a visible legacy that holds local families in her arms. She shepherded us through our first community campaign and solidified our community-based identity as Hopelink, which so perfectly illustrates in a simple word who we are and what we do. With her dedication to collaboration, we can’t help but think of one of her favorite quotes, ’If you want to go fast, go alone. If you want to go far, go together.’ She was so much more than a great leader. Doreen was a mentor, and a fierce advocate for those in need; a caring, passionate woman who wore her heart on her sleeve and lived her commitment to our community every single day. She will be deeply missed, and her passion will be carried forward through the lives of her family, friends, and Hopelink family.”
“Doreen was a true force of nature in our region,” said former King Council Councilmember Joan McBride. “Befriending and mentoring countless women on the Eastside, Doreen set the example of collegiality and dignity that exemplifies the best in an elected official. May her legacy of commitment to the community, zeal for justice, and dedication to the precepts of good government live on.”
at 7/30/2019

Email ThisBlogThis!Share to TwitterShare to FacebookShare to Pinterest
Labels: mayor

"The Redmond Blog" advocates, investigates and reports news and opinion on Redmond, WA. neighborhoods, schools, local governments and organizations so our community can be more informed, responsive and connected with each other. My goal with our local governments is to encourage them, and to insure transparency and accountability.
Bob Yoder
E-MAIL twitter FACEBOOK LinkedIn
http://redmondblog.org