April 23rd, 2019 Special Election:   "One of the most critical components of the April 23rd, $345 million initiative are extensive seismic upgrades to the oldest areas of the original hospital built in 1972. While all facilities meet the building codes that were in place at the time of their construction, retrofitting those areas to today’s most advanced seismic standards will enable EvergreenHealth to remain a viable resource in the event of a catastrophic earthquake. Given the medical center campus’ geographical location, EvergreenHealth is slated by experts to be the most viable and accessible option for medical care after a catastrophic earthquake in the region.

A second component of the initiative is a modernized Family Maternity Center. Planned renovations include redesigned rooms to better accommodate families and provide space for advanced equipment and technology, an optimized layout that increases efficiency for provider teams, and an updated entrance and OB emergency department to offer a more comfortable environment for patients in early labor. Expanding the Family Maternity Center will also accommodate more families and laboring mothers.

The third feature is construction of a new Critical Care Unit (CCU) and relocating it to EvergreenHealth’s Silver Tower. Relocating the CCU to the third floor of the Silver tower will position it near other specialties that often coordinate with critical care providers, while also enhancing patients’ and families’ experience during their stay.

Note:  King County Property Taxes will drop about 1% this year

Public Hospital District No. 2 (EvergreenHealth)
Proposition No. 1Bonds for Hospital and Other Health Care Facilities
The Board of Commissioners of King County Public Hospital District No. 2
adopted Resolution No. 895-19 concerning a proposition to finance improvements
to its health care facilities. The improvements include Seismic and Infrastructure
upgrades; a new Critical Care Unit; updating the Family Maternity Center;
new Medical Office Buildings for Specialty Care Expansion; Technology Systems
Improvements; and other improvements. Approval of the ballot proposition would
authorize issuance of up to $345,000,000 of general obligation bonds maturing
within thirty years to pay for such improvements and the levy of annual excess
property taxes to pay the bonds, all as provided in Resolution No. 895-19. Should
this proposition be:
Approved
Rejected
at 4/01/2019

Updated: Redmond Lies On The Ancestral Lands Of The "Coast Salish Peoples" 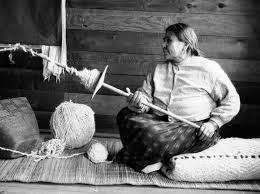